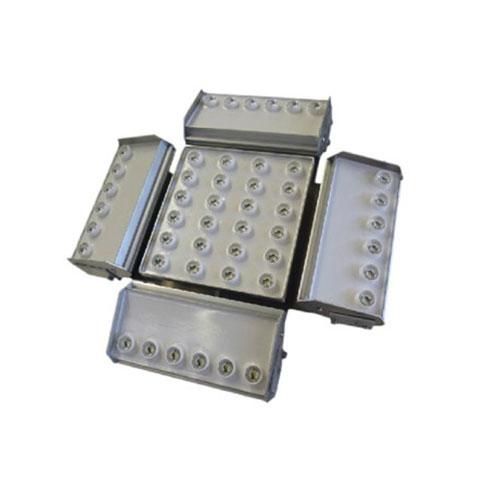 Airport security is notoriously tight. Every year since 9/11, airport security has been revolutionised. Now, boarding an aeroplane has become a complex routine requiring you to take off everything from your shoes to your belt to your watch. Generally, when we leave the airport, we breathe a sigh of relief; happy that the whole process is over.

Even though we’re innocent, the whole process feels invasive although, given the current climate, it is entirely understandable. However, now, over at Newark airport, the whole process doesn't end when you leave the terminal. In fact, you’ll have to smile because you’re now on one of the world’s smartest CCTV networks: LED streetlight CCTV.

With cameras and sensors now built into the LED light fixtures that surround the airport, Newark has one of the most efficient, state of the art security systems around. The sensors are fully integrated into a number of the other everyday systems around the airport, showing how new technologies can be built into almost any system, revolutionising it. The market for surveillance is growing by the day, and this just shows the possibilities available.

A Simple, Cheap and Effective Solution

Finding a way of incorporating non-intrusive surveillance into everyday lives has been a source of much conflict over the past decade. There have been murmurings about in-built road cameras as well as payphones, but there are sufficient worries about the cost and implementation of such ideas. For now at least, lights provide a cheap, simple and effective solution to this issue of 21st century surveillance; and you don’t even know you’re being watched.

Despite the various proposals, many felt as though we were still a few years away from having the technologies implemented. In Newark, however, not only are the proposals in action, they’re highly effective, proving that the solution could be viable for a worldwide rollout sometime in the near future.

‘Killing Two Birds With One System’

Each multi-tasking LED fixture is networked to a wireless security system that sends real-time data to a central hub that is monitored by security guards (much like it would do in a conventional camera system). The thought behind the design- in airports specifically- is that it kills two birds with one system, making passengers safer and operating costs cheaper.

The aim of the project is to ‘drive innovation and create a smaller world’. Surveillance isn’t the only way that the system has been used, and, the company responsible for the system is also behind a system that is responsible for helping parking wardens locate free spaces in car parks.

This appears to finally be conclusive proof that lighting systems are central to plan to create safer communities.

Of course, critics of the scheme point to the fact that this is only further proof that the government want to have surveillance technologies put into all aspects of public life.

However, voices in support of the scheme appear to be much louder than those against it. Supporters point out that this scheme isn’t vastly different to the ones that are currently in place in Las Vegas (where street lights notify the public of security threats by playing music) or Copenhagen (where they are used to measure pollution and traffic levels).

The use of LED lighting in public has transformed radically over the course of the past decade or two, and it appears as though this is the next step towards the ultimate hope of creating fully integrated communities. After all, lights provide an invaluable public service; does it not make sense to adapt them to ensure they are the guardians of safety.