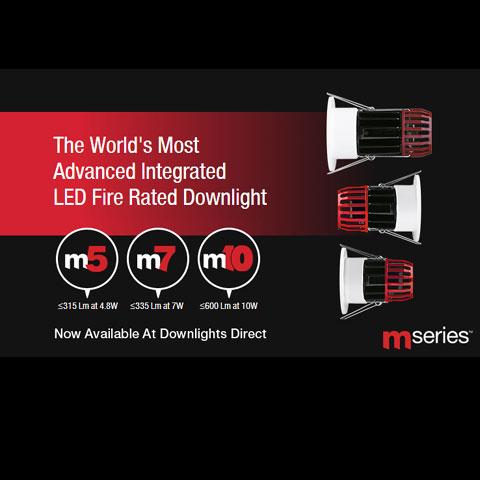 Downlight Of The Month - August - The Mseries Downlights

The Mseries is a new selection of fire rated recessed LED downlights from Aurora Lighting, dubbed the 'The World's Most Advanced Integrated Fire Rated Downlights' on Aurora's informational site Firerated.com

The technology of the m-series all starts inside the downlights, with the M-Series stepping up its game in the LED world with it’s patented  ICDOB (Driver-on-board) technology. Combined with the icDOB is it's high output  HVLED LED technology, which allows the downlights to be connected directly to mains voltage (240V) without the need of any external drivers.

This provides maximum reliability and lifetime due to advanced integrated circuitry (IC) by removing the capacitor from the downlight, the weakest and most likely to fail component inside an LED downlight.....it's a bit like Superman’s weakness to kryptonite.  However, due to it being mains voltage directly to the high voltage LED chip, it would inevitably get very hot in a normal downlight.

This is where Aurora's Crystal Cool Thermal Management comes into play,  with 150 decreasingy dense, ceramic nano-layers conducts heat away from temperature-sensitive electronic components and a carbon nano-coating radiates the heat away from the PCB. Such efficient thermal management allows for an ultra high lumen output and lifetime, meaning lamps can now produce a higher quality of light, for longer.

So with all this technology behind the M-Series, what helps the downlights shine brighter than other downlights on the market? Auroras LEDChroic Advanced LED optics spreads the light out with it's controlled and equal light distribution, which drastically reduces glare and lumen lose, in a familiar appearance of a dichoric light bulb. The lens consists of  hundreds of precise, diamond-like micro facets, redistributing the light from a single HVLED COB LED source. This reducing overshadowing effects of multi-point LED light sources. They come in a set of beam angles, from a wide spread 60 degree, a 40 degree middle beam or a narrow 24 degree lens. 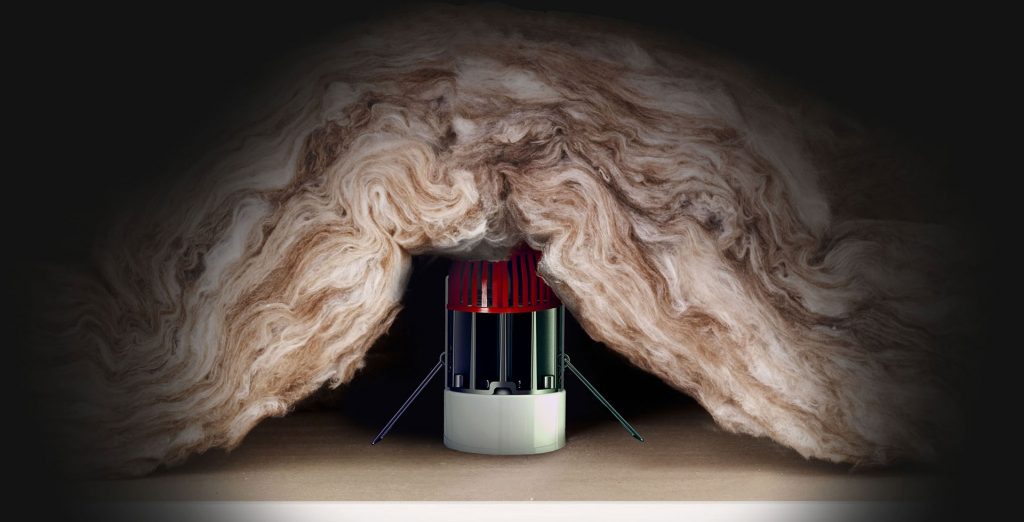 Included with the M-Series, is the popular FAST FIX install connectors, with loop in and loop out terminals, making wiring and installation hassle free. Combined with TWIST&LOCK interchangeable bezels, it allows you to install and fit whichever bezel you require after decorating and building has been completed, making it near impossible to damage with even the most clumsy of decorators or builders. (unless you're very unlucky) So what has the M-Series got to offer? The M5 series downlight is a 35W equivalent led downlight with only a mere 5W power consumption. The M7, a 7W LED downlight equivalent to a 40W halogen, and finally the M10dob, a 10W equivalent to a low voltage 50W halogen.

To view or purchase an M-Series downlight, please follow the image links below! 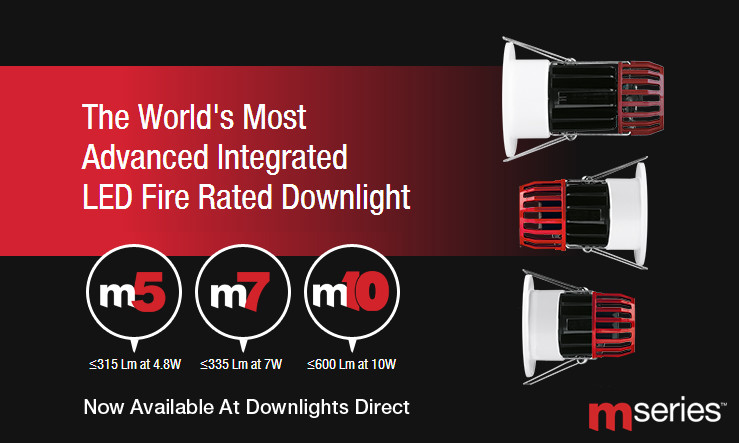