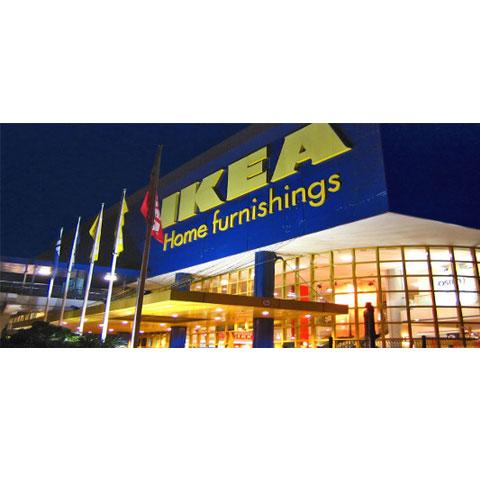 There are few companies that are keener to see the transition to the inevitable (and welcomed) LED-only future than IKEA, and their new purchase of a large Scottish LED technology is set to see them make even greater, and more creative use of LED lighting technology.

The Promise of LED Lighting

Although it’s not a new technology, LED lighting is still not on the radar of many people, so it requires a bit of an introduction. LED lighting is a form of lighting with a range of benefits, but the two that are most important are that it lasts longer and is more efficient than halogen bulbs. Some LED bulbs are almost 85% more efficient than their halogen counterparts, and have the potential to last up to 50,000 hours.

Although LED bulbs are far more efficient than halogen bulbs and last longer, they’re also a lot more expensive and therefore more of an investment. The average cost for an LED bulb is usually well over double the cost of a regular bulb, and sometimes upward of ten times more.

Despite the price of purchasing the bulbs, they last much longer, and greener, more efficient and don’t emit heat. You've got to ask yourself why wouldn’t you want to swap?

Now you know what LED technologies are, it’s time to discuss IKEA’s acquisition of the new Scottish LED technology. The company that made the technology is called Design LED Products and it has developed a technology called the “Light Tile”. In essence, it is an array of LED lights embedded in a resin that is less than 1 mm thick and this so-called ‘blanket’ can be placed inside other materials to illuminate them. The blanket is also extremely flexible, so the sheet of lighting can be placed within even bendable objects.

The Implications for the Technology

The possibilities for this technology are seemingly endless, and it’s easy to foresee IKEA using these LED strips in much of their home range. Imagine a chair that lights up or a bookshelf where the undersides of the shelves are illuminated so that you can always see the titles of the books on the shelves.

Ultimately, this is a drive by a major retailer and designer to increase the market-share of LED lights before their self-assigned cut off point of 2015. Will we start to see LED-lit furniture in the future?