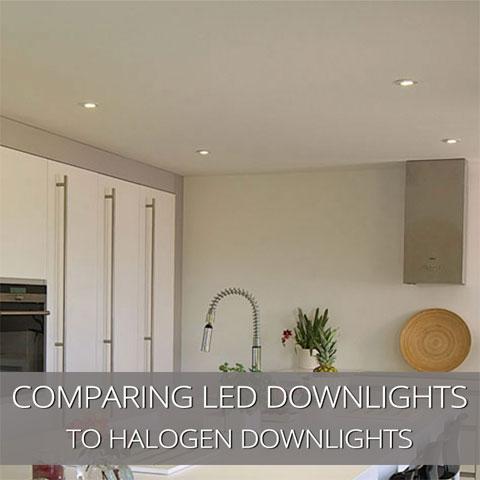 Among the biggest aggravations you may have with your current halogen downlights is the have to continuously replace them. By getting LED downlights, your frustration of having to regularly change your current downlights will become a distant memory as typically, LED downlights have been tested to last more than 25 times longer than traditional halogen downlights. Depending upon your everyday usage, this can equate to around 30 years! Implying you can just fit your LED downlights and not fret about them failing for several years to come along with not needing to keep losing your cash on replacement halogen bulbs. You can further save your money by utilizing LED downlights thanks to their greater energy performance. For example, your standard 50W halogen bulb can now be changed with a 6W LED downlight, implying you can accomplish the equivalent brightness of your old bulb however operating on a much lower wattage permitting you to conserve up to 90 % on your lighting expenses.

There are currently three types of downlight on the marketplace today:

All 3 are usually recessed into your ceiling, meaning your rooms get optimum light coverage whilst also saving you ceiling space at the same time. An LED downlight runs by powering a little semi-conductor, which then illuminates and can be focussed down to brighten items. This is in contrast to a halogen downlight, which involves heating a filament inside a halogen filament capsule. In addition to a possible fire threat, the high heat is likewise a primary reason halogen bulbs do not last very long as lots of heat energy is lost. An LED downlight also quickly launches, unlike CFL downlights which can take up to 2 minutes to accomplish complete brightness. Traditionally, halogen and CFL downlights consist of a downlight fitting and either a GU10 or GU5.3 bulb being put inside the fitting. In contrast, there are 2 methods you can get an LED downlight, 1) As a downlight fitting and an LED bulb (this is occasionally called a retrofit LED downlight) or 2) as a full LED downlight, where the LED light source is constructed into the downlight fitting. Usually, a complete downlight provides you on greater lumens (brightness) and longer life, whereas a downlight fitting and LED bulb provide you higher liberty to alter your bulbs, ought to you move residence and so on.