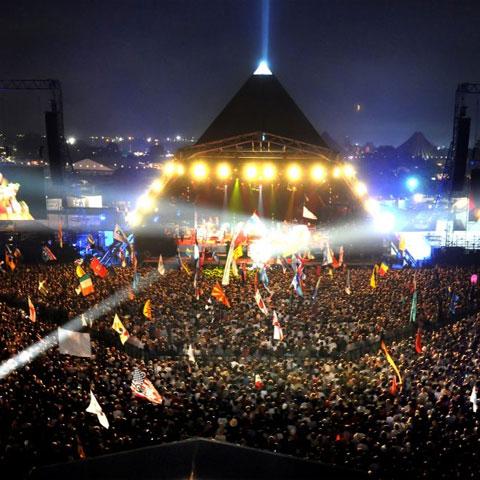 LEDs and Sustainable Ethos Light Up Glastonbury Once More

Once again, this years Glastonbury Festival has been a resounding success - some minor flooding aside. With around 200,000 people descending upon a small farm in Pilton every year, at first glance at least, the festival seems entirely unsustainable. This is in fact, far from the case and there are a number of green pledges that the festival makes; including one pledge about LED lighting, which ensures the festival can keep going year after year.

Of course for the past few years, LED lights have been used widely throughout Glastonbury Festival, especially by headline and evening bands who looked to putting on a show stopping spectacular, even after the sun has disappears and darkness engulfs Pilton.

However, it was 2010 before the world really stood up and took notice of Glastonbury’s innovative use of LED lighting as part of what is often dubbed as, ‘the whole Glastonbury experience’.

As part of the festivals support of the contemporary arts as a whole, designers and artists are always welcome to design installations, and at 2010’s Glastonbury, “Cube Henge” was part of this movement. The installation was a life size Stonehenge, lit by LED units that were individually controlled to complement the acts performing in the Dance Village.

Such a simple idea went down a storm and, since then Glastonbury has never looked back. LEDs have since become partly symbolic of everything the festival stands for: clean energy with a sustainable focus that provides phenomenal fun.

Each year since then, LED lighting has had a huge role to play at Glastonbury. With sustainability being the focus of the festival, it is incredibly unsurprising that LEDs are loved across the campsite and in The Green Fields; one of the most eco-friendly areas of Glastonbury, which plays a central role in the lighting.

It is one of the oldest established family run venues on-site and now the entirety of The Green Fields are operated by an LED stage lighting rig that uses the energy of only two, 100 watt household light bulbs- how incredible does that sound?

From props to lighting rigs, to on-stage lighting effects, LED lights have had a huge impact on the success of Glastonbury and its focus on sustainability. Now, the only question seems to remain, what sort of impact will they have in the future, and just how long will it be until Glastonbury relies completely on LED?