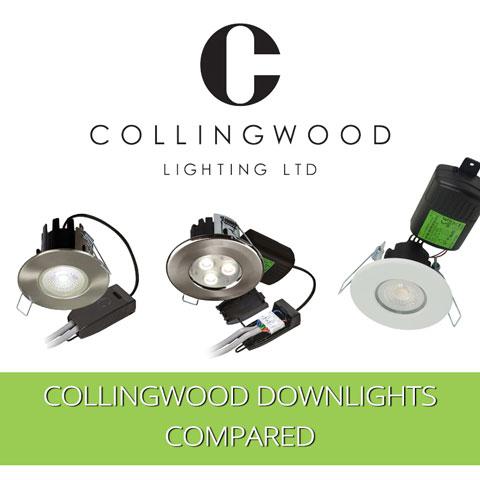 One of the few complaints we get about our website is that we have too many downlights. Customers aren’t sure which ones to choose. Within the Collingwood Lighting range alone there are over 25 different versions.

That doesn’t sound like too many, but each of these versions has different colour temperatures, finishes and beam angles. Most of them now have removable bezels, which makes it considerably less variation’s to stock...But still, that’s potentially over 600 different types - just from one brand.

Collingwood downlights go under the sub brand name of Halers. Collingwood originally set up Halers Lighting as a standalone division within the Collingwood Lighting group.

Their first offering was known as the FireLED shown below: 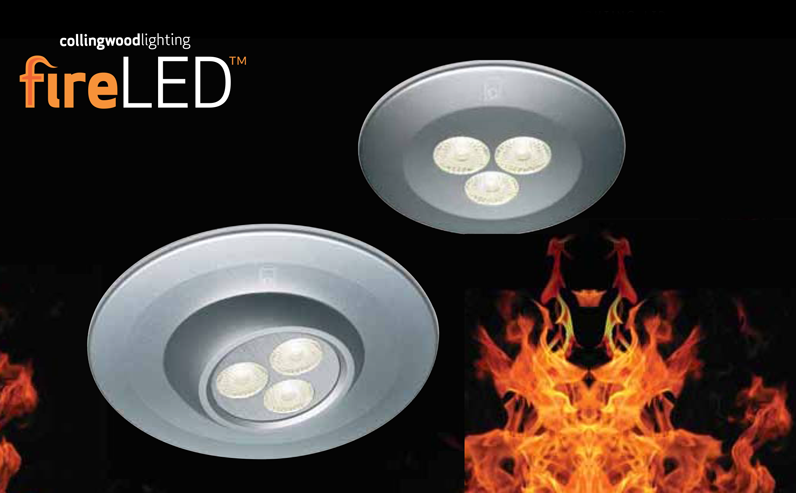 This was closely followed by the game-changing Halers EvoLED. The EvoLED represented a huge leap forward for integrated LED lighting in general. It was also more affordable than the FireLED which helped to make it a huge commercial success. 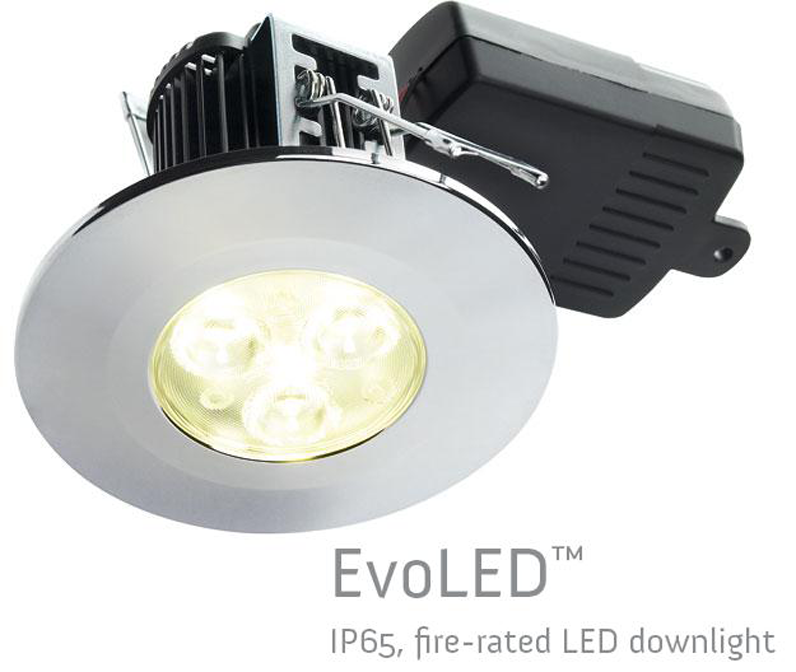 The EvoLED has evolved over the years. It's now brighter, more energy efficient, more compact in size and comes with a twist-on bezel. Its latest brand name is the Halers H2 Pro 550T and it also comes with a T connector box which makes wiring easier and faster: 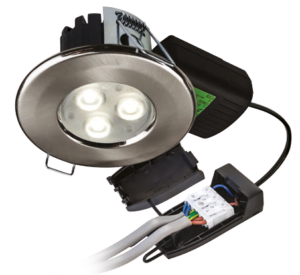 But do they make too many different types? Downlight connoisseur; Chris Horridge investigates.

Like a fine wine list from an exclusive restaurant, with different flavors, styles and costs. Each version of Collingwood downlight has its own unique features. Lets take a closer look at the different types... 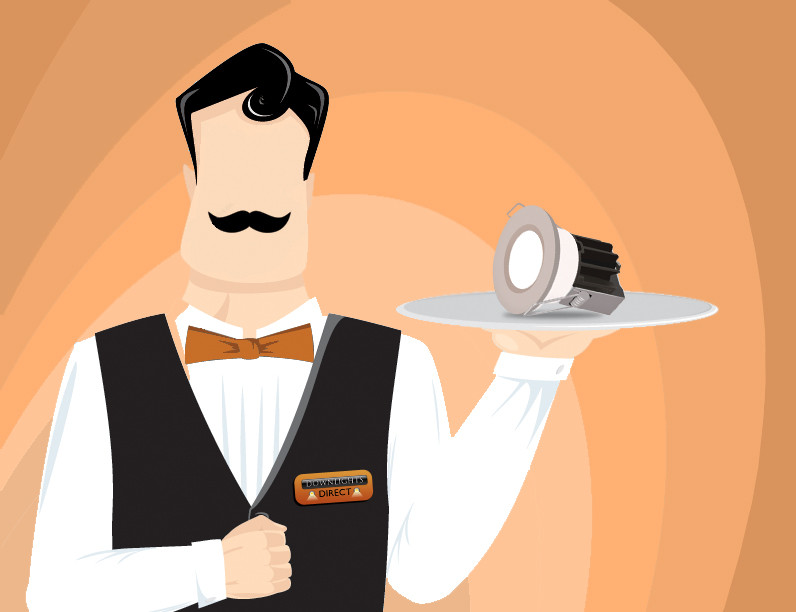 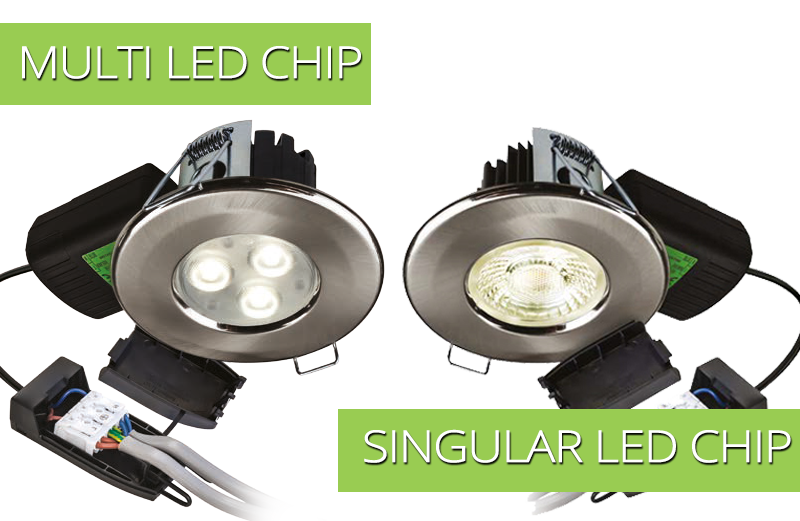 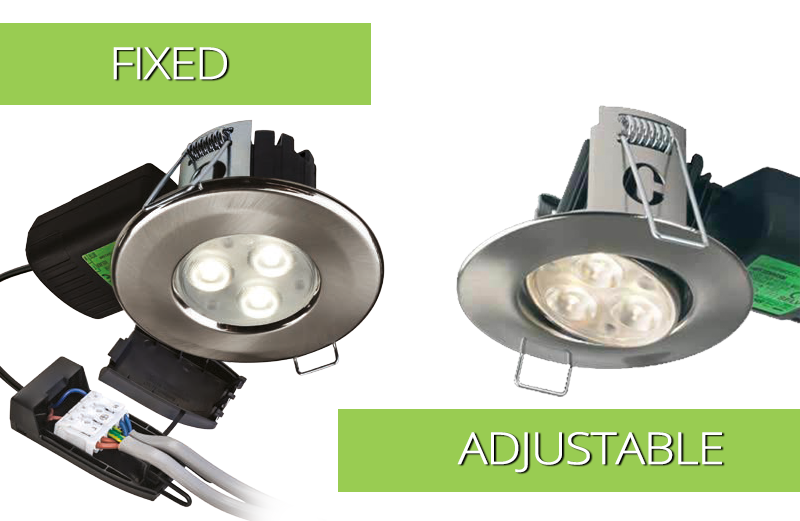 Generally, the H2 range is fixed and the H4 range is adjustable.

If you don't plan to change the angle then choose fixed, they usually cost considerably less. 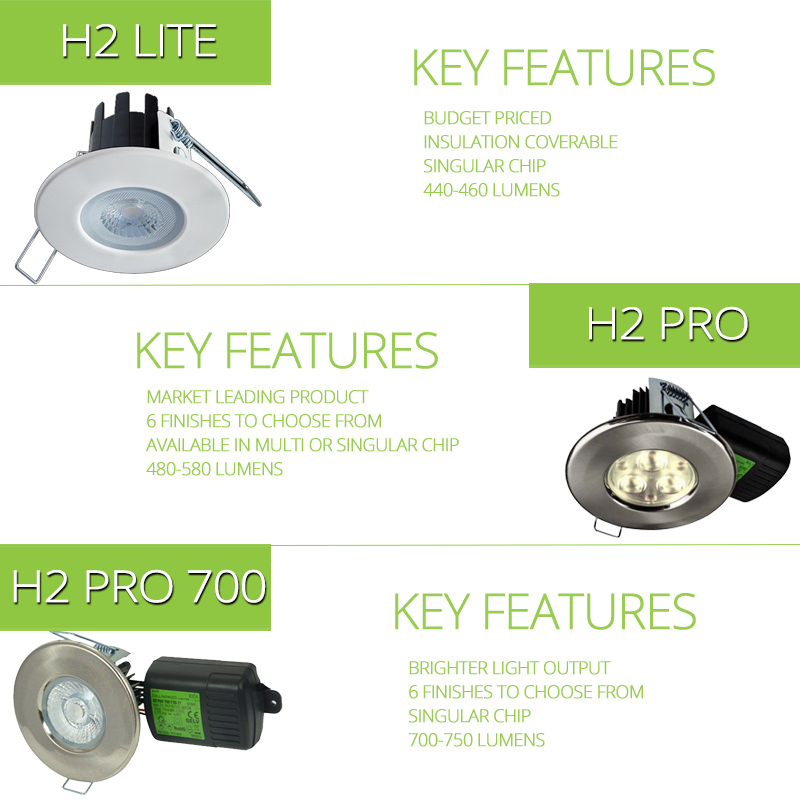 The H2 Lite series is a more economical range. Only available in 2 finishes, it has a light output of 440-460 lumens. It's also insulation coverable, which allows you to place thermal loft insulation directly over it. Many of the other Halers downlights require additional accessories for this.

Available in single or multi-chip styles, the H2 Pro 550 is the most popular seller in the series. It has a mid range brightness of 480-580 lumens and is ideal for the majority of lighting installations.

The H2 Pro 700 is designed as a low energy alternative for a 50W low voltage halogen. As low voltage halogens have a brighter 800 lumen output. Compared to 350-400 lumens for a mains voltage GU10, their aren't many downlights that can truly replicate the same light output.

The H2 Pro 700 does with its impressive 700-750 lumen output. It also has a nice, wide 55 degree beam. This makes the H2 Pro 700 a great option for use in larger rooms, like living rooms. The brighter light output and wider bream spreads more light out further allowing you to space the downlights out further and to install less.

The H4 Pro 550 shown below has the multi-chip design and its also available with the singular chip. 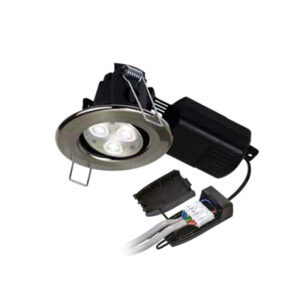 By setting the LED light source further back into the fitting, the light reduces direct contact with the human eye. This reduces glare and has a more modern looking appearance. The H2 Pro Elect is also available in a dim to warm colour temperature. 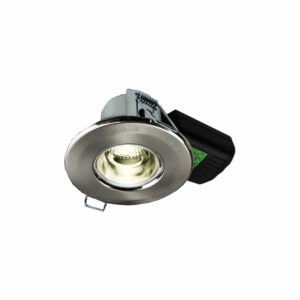 Dim to warm dimming, not only dims in brightness but also in colour temperature. This mimics the effects of a halogen. It can be used to great effect in restaurants, dining rooms or bathrooms. Another dim to warm version is the H2 Pro Dusk downlight.

Trimless downlights are plastered into the ceiling. This reduces the hole size aperture and makes them less noticeable in the ceiling space. Collingwood have 2 versions of this with the H5 Trimless and the H2 Pro Elect Trimless. Known as CCT adjustable downlights they give you the option of being able to change the colour temperature. Some have switches that are located on the front which makes them easy to switch and some have switches on the back of them. Some can be adjusted using a wall or dimmer switch.

For the low cost if it, it really saves time and I'm not sure why you wouldn't want it? 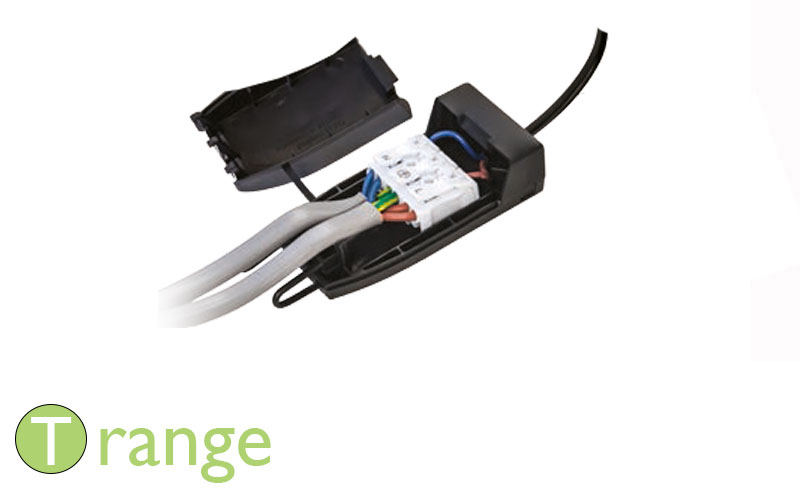 Collingwood also offer a range of commercial LED downlights. These brighter recessed downlights have considerably higher lumen outputs. They are designed to replaced 2x26W CFL downlights and are ideal for new installations. The Halers H6 shown below has a light output of 3010 to 3350 lumens. Something Collingwood do need are a better miniature downlight range. LED spotlights with smaller hole sizes. These would really compliment the range. They do have the the DL120 but it's not fire rated and only 82 lumens. This leaves a big gap between the others in the range.