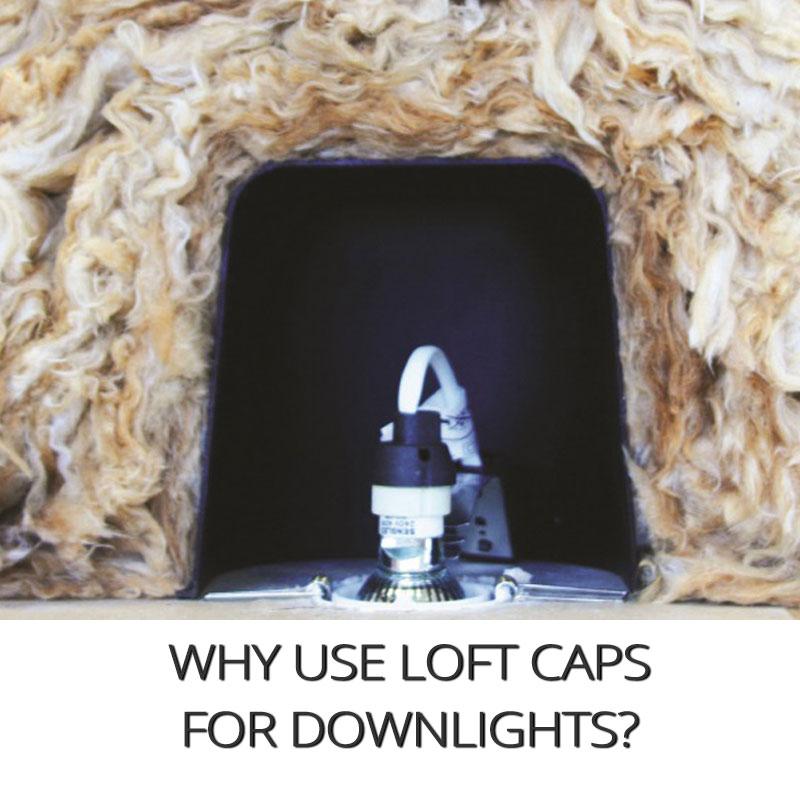 Why Use Loft Caps For Downlights?

The energy efficiency of a home depends on many factors. One primary reason why homes lose much of the heat during winter and consume more energy than needed is insufficient insulation. All areas where heat escapes easily must have proper insulation so that most of the heat is retained inside even if you already turn off the heater. Unfortunately, not all homes give focus on areas such as the loft. Insulating the loft greatly improves the energy efficiency of a home.

Insulating the loft of any home must be done with care. There are many problems that may be encountered when adding an insulation layer. Pipes and wiring can be damaged in the process. Additionally, adding loft insulation should also entail that all light fixtures, especially recessed downlights either have loft caps (shown below) - or are insulation coverable as standard.

Thermal insulation can be optimised if all downlights are properly covered. Downlight holes can act like a chimney where heat is drawn out from below and brought into the cold space above. But putting direct insulation over downlights is not the best solution. Insulation material can become a fire hazard due to the heat that escapes from the downlight hole. Instead of direct insulation, loft caps for downlights are used instead. The loft cap will serve as a barrier between the downlight and thermal insulation. Once the loft cap is installed, it is then safe to add an insulation layer over it.

If you are looking for a versatile loft cap that will fit a range of downlights, you can opt for the Hellermann Tyton universal insulation cover cap called SpotClip. This is a cost-effective option but it doesn’t come with fire protection. It can be used with integrated LED downlights or GU10 downlights.

Another alternative product offered by Downlights Direct, the Hellermann Tyton has the following specifications:

These products offered by Downlights Direct are some of the best options for adding a layer of protection over downlights before or after insulation is installed.

What are some of the best downlight options?

For someone who is going to install a new downlight lighting system, you have the choice of installing a downlight that is insulation insulation coverable. This is a much better option because you don’t have to spend extra on adding loft caps later on. One example is the Aurora EFD Pro series which is a fire rated GU10 downlight that is approved to be insulation covered when you use a GU10 LED. There are also integrated LED downlights that have an insulation cover cap (or airflow cap) fitted on top such as the JCC V50 (shown below).