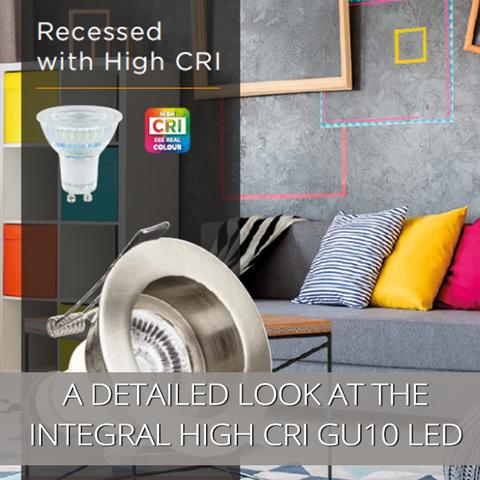 Another product which has gained a lot of attention from customers (and which is one of our staff picks) is the Integral High CRI 95 GU10 LED. This product is part of the premier selection of LED GU10 lamps we have on offer, although it is distinguished by having a very high index for colour rendering, which is referred to as CRI. The Integral High GU10 LED COB is actually one of the finalists in the Lux awards’ product range for 2016, which is hardly surprising, since its CRI is as much as 95.

What you should know about high CRI and its benefits

As already mentioned, CRI is the ‘colour rendering index’ and it is a measurement of a light source’s ability to reproduce colours in an accurate manner. Most high-quality LED lighting products have an 80 CRI, and other, higher quality LED lamps have a rating of 90 CRI. What you should know is that if you were to view colours in normal or standard daylight, they would look exactly what you would expect them to look like, since normal or standard daylight has a 100 CRI. But if you view colours with the help of artificial lighting, as in the case of LED lights, the colours may become slightly distorted. But with this particular Integral High GU10 LED with a CRI of 95, you are getting as close a match as possible when it comes to the real colours you can expect with normal or standard daylight. For customers who have a retail establishment, this kind of lighting is the perfect solution to showcase their products and wares in the best and clearest way. What’s more, the amount of heat released by the Integral High GU10 LED lamp is not as much as the heat released by halogen lamps, and customers can even see a reduction in their energy consumption by as much as 86 per cent. For only £6.38, that’s significant savings in more ways than one. 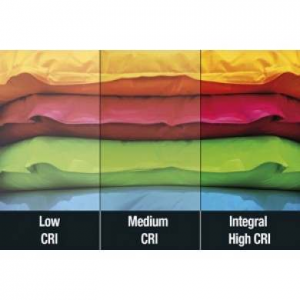 Other features you should know about the Integral High CRI 95

As already mentioned, the high CRI GU10 LED can be used in Integral EvoFire downlights, as they are fully compatible. The Integral EvoFire Fire Rated Insulation Coverable Downlight, in particular, is distinguished by its unique style and design and its utmost functionality. This EvoFire Insulation Coverable downlight makes use of its very own glass and steel materials in order to create a barrier for fire, and aside from this, it doesn’t have any intumescent material which other downlights have.

Because of these factors, this EvoFire Insulation Coverable downlight is known for being lower in cost and more lightweight than its commercial counterparts. Furthermore, its design is sleek and modern which is far removed from the standard ‘fire can’ style and design that also cuts off the flow of air to the LED bulb inside. Because of the enhanced air flow provided by the EvoFire Insulation Coverable downlight’s design, the LED lamp within can have a longer life and can benefit from better performance as well.

The design of the EvoFire Insulation Coverable downlight also features a slim and trim bezel, which is only 1mm in thickness, enhancing its minimalist and sleek appeal. 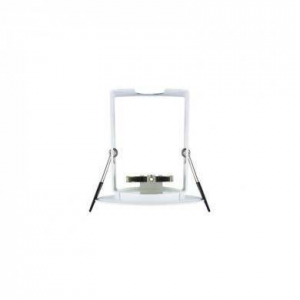 Yet another option to be used with the Integral High CRI 95 LED lamp is the Integral EvoFire Fire Rated Downlight in Matt White, which does not have any major differences from the above-mentioned Integral EvoFire Fire Rated Insulation Coverable downlight. This particular downlight, just like the Insulation Coverable one mentioned above, features a sleeker and slimmer design with its 1mm-thick bezel and its contemporary design which is no longer reminiscent of the traditional ‘fire can.’

The finish of the Integral EvoFire Fire Rated Downlight is Matt White, and it can be used with compatible GU10 LEDs that are up to 10W. According to our experts, this (and the Integral EvoFire Insulation Coverable downlight) is the best match for the Integral High CRI LED lamp, and it is IP65 as a standard, which also makes it suitable for use in bathrooms, particularly zones 1 as well as 2.

We now stock the Philips 4.9W GU10 LED which has high CRI as standard.